While those in Western Europe also appeared willing to accept Muslim neighbours (83%) , they appear less willing than Americans to accept Muslims as family members (66%). Individual European countries showed variations in the acceptance of Muslims in the family, while those in the Netherlands showed 97% were willing and two-thirds of non-Muslim French people (66%) say they would accept a Muslim in their family, only just over half of British (53%), Austrian (54%) and German (55%) adults say the same, and Italians the least likely (43%). 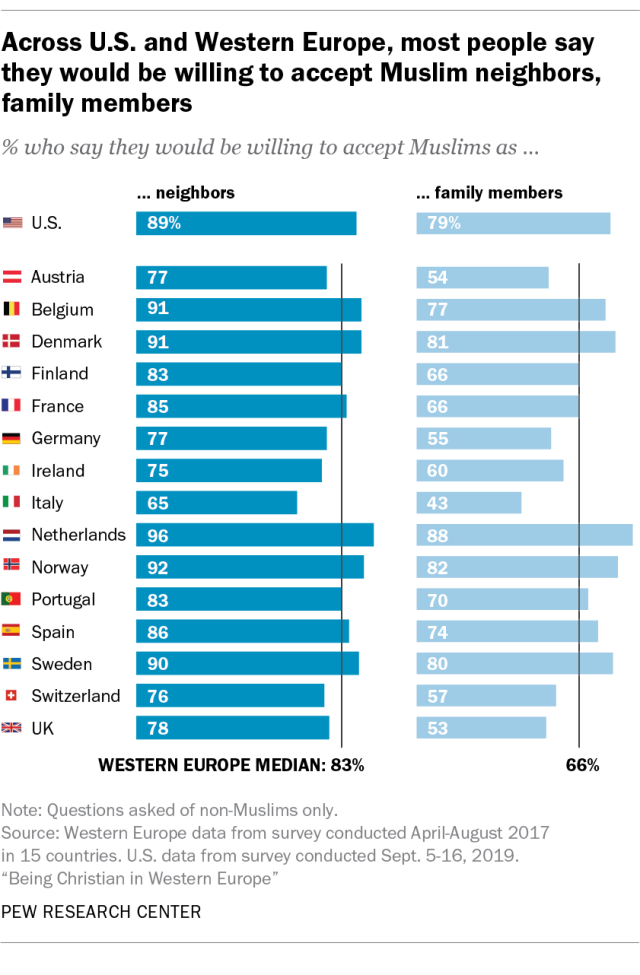